Pro Tools for Film and Video


I find that it's useful to have it go through your main DAW so that you can solo dialog etc without having to go over to PT. Other than that not really. There's not much to it other than getting the sync working. You can watch the Junkie XL videos but he doesn't go into detail about how he's go it set up although he mentions that he will in another video. Much easier to keep a Protools session with the whole movie in it and just import individual mixes so you can see how the whole thing plays as a whole, and then delivering the final mixes in Protools is pretty much automatic.

Works great on another computer, although works surprisingly good on the same Mac using IAC buss for midi. With 2 machines, you can do it midi over lan, but I prefer good old midi cables.

Getting Started with Pro Tools SE

Always works. This is a little trickier on the same machine - not quite as slick as you have to mute the audio in the Proools mixer manually - but still works pretty great.

I've got it running on a Macbook Pro and just put Protools in a separate Spaces window off to the right to avoid clutter. No idea. Setup is really simple - in Logic X just to to the sync page and send MTC to the correct port and make sure that the frame rate is the same as the one in Protools.

In Protools, just receive MTC on the correct port and put the machine online. When you press play in Logic, it will chase. That's pretty much it. I hear Video Slave is good as well, but it costs as much as Protools and with PT you get all the other benefits of having your final mixes in a universally deliverable format. Thanks guys.

So it sounds like even though I have ve pro running on my slave I can still easily run pro tools and host the video too. A3D2 Active Member. I'm interested in doing the 'video in protools'-thing as well as I suppose this will spare logic's internal CPU and makes bigger projects easier to manage cue-wise.

I had a question still though regarding tempo-mapping: I tend to vary my BPM throughout a soundtrack when I'm composing, depending on which cue: how would I sync these tempo-changes with protools? Or would protools automatically in real time change tempo when I'm changing it in logic? Ashermusic Senior Member. A3D2 said:. Ashermusic said:. Gerhard Westphalen said:. You would just have to create the same tempo map in Pro Tools if you want it to have it in there it won't automatically put in the tempo changes.

Thanks, good to know that I do need to import the tempo map! It's a pity PT can't do it by itself though, would save some time. Do you think that I would have synchronisation issues if I use many BPM changes in the music in Logic while running the movie in PT and then bounce and export that cue to protools: would it still be in sync with the picture or would it matter that PT doesn't have that BPM mapping? I'm a bit confused about this.

When you drop your mix from Logic into Protools, it will be in sync with the picture. Regardless of tempo changes in Logic. In which case, just export the midi click from Logic, import it into Protools, and you can have bars and beats. On March 29, , Avid Technology, Inc. 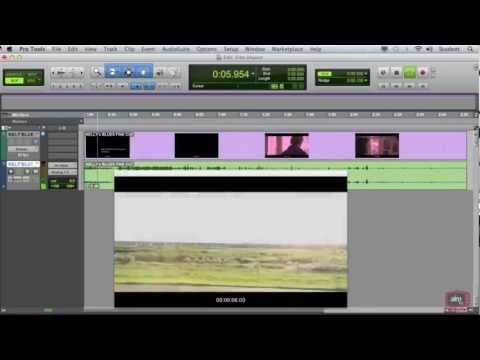 From Wikipedia, the free encyclopedia. This article is about the technology and multimedia company. For the educational program, see Advancement Via Individual Determination.

A Brief History of Pro Tools